My primary interests lie in the cold-arid landscapes of the Trans-Himalaya. My present research and conservation interests are in studying ungulate-habitat relationships, interactions with livestock, models for coexistence of herders and wildlife, people-wildlife conflict resolution, alternative models for conservation (especially outside wildlife PAs), participatory planning and action.

I had a liking for the Himalaya right from childhood. During my graduate days at the G.B. Pant University of Agriculture & Technology in Pantnagar at the foothills of the Kumaon Himalaya, a definitive interest in wildlife emerged. I went on to complete a Masters degree in Agricultural Entomology in 1989, but then took up another Masters in Wildlife Science at the Wildlife Institute of India (WII), Dehradun. I worked on ranging and habitat use by Himalayan ibex under the guidance of Drs. G.S. Rawat, Michael Stüwe and A.J.T. Johnsingh for my PhD and was awarded the degree in 1997. In between, I conducted a brief study on enumerating penguins and seals in a part of Antarctica as part of the 15th Indian Antarctic Expedition in 1995-96—a very welcome interlude! After my PhD I worked for a year with the International Snow Leopard Trust as their country representative, before joining the WII as a faculty, where I served between 1999 and 2003.

I joined NCF in July 2003, I have been co-directing the High Altitude Program through research, conservation and training activities.

Large Carnivore and Conservation and Management 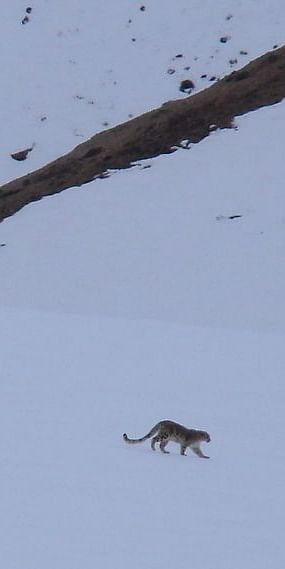 Data from: Assessing changes in distribution of the endangered snow leopard Panthera uncia and its wild prey over 2 decades in the Indian Himalaya through interview-based occupancy surveys.

Data from: Impact of wild prey availability on livestock predation by snow leopards

Valuation of Ecosystem Services in Snow Leopard Landscapes of Asia Data from: Response of the red fox to expansion of human habitation in the Trans-Himalayan mountains

Richness and size distribution of large herbivores in the Himalaya

People, predators and perceptions: patterns of livestock depredation by snow leopards and wolves.

Why should a grazer browse? Livestock impact on winter resource use by bharal Pseudois nayaur.

Endangered markhor Capra falconeri in India: through war and insurgency

Distributional correlates of the Tibetan gazelle Procapra picticaudata in Ladakh, northern India: towards a recovery programme.

A Strategy for Conservation of Tibetan Gazelle Procapra picticaudata in Ladakh.

Decline of the Tibetan gazelle in Ladakh, India

Protected areas and beyond: wildlife conservation in the Trans-Himalaya.