From conflicts to coexistence in the Anamalai hills

A long-term study of Asian elephants and their relationships with people has helped understand and minimise conflicts  in a landscape of forests and plantations in the Valparai plateau.

Wild elephants and people both modify the landscapes they live in: elephants by their movements and foraging behaviour and people by clearing forest lands for agriculture and other activities. With the advent of agriculture, the increased interface between elephants and people has led to interactions and confrontations, including negative ones causing loss of human and elephant lives, crops, habitat, and property.  This issue, labeled human - elephant conflict (HEC), is often due to changing land-use patterns coupled to loss of elephant habitats and resultant conflicts over resources such as food and space. Understanding the causes, patterns, and nature of relationships between people and elephants is vital to minimise negative interactions and build coexistence.

The Anamalai hills supports the second largest elephant population in India. Beginning in the late 1800s, large expanses of rainforest were cleared for plantations leaving behind smaller fragments in the Valparai plateau. From 2002 onwards, we began studies of elephants in this landscape, including on elephant behaviour through individual identification, patterns of habitat use and ranging, and  interactions with people. Our database built over the years now includes around 100 elephants in three regular herds and other peripheral herds in the plateau. The studies identified important habitats such as riverine forest and fragments, and helped pin-point locations and seasons of conflict.

Elephants in the Valparai landscape occasionally damage buildings, such as ration shops, school noon-meal centres, and kitchens of households, where foodgrains are stored. Based on close monitoring and mapping of such incidents across years, with the support of the Forest Department and local plantation companies, we were able to target mitigation measures to avoid such incidents. This included changing the storage locations to better buildings, moving shops and stores to a safer distance away from housing colonies, installing better protection for buildings such as electric fences, and encouraging companies to insure specific buildings to offset risk. The Government has also mooted mobile ration shops for supply of essentials to local communities.

Simultaneously, we have identified measures to enable elephants to move through the landscape, which is a part of their home range, with minimal harassment and obstacles. This includes identifying areas important for elephants such as crucial habitat fragments, rivers and water bodies, and movement routes. In a few cases, electric fences that blocked movement routes were taken down by sensitive and responsible local companies, who instead deployed them in smaller areas to protect specific buildings and colonies.

One of the most serious consequences of people and elephants sharing a landscape is that it occasionally leads to human deaths due to elephants. Elephants, too, may die due to accidents, pressures, or use of inappropriate retaliatory measures. In the Anamalai hills, our studies showed that lack of information on elephant presence and movements was a primary reason behind unexpected encounters with elephants, conflict incidence, and resulting human fatalities. In order to reduce this, we developed and implemented an innovative early warning system (EWS).

The system, initiated from 2006 onwards, is coupled to an elephant informant network, which receives and passes on messages about elephant presence to people in the landscape. With the advent and widespread use of mobile phones, the EWS also initiated bulk-SMS system to inform, on a daily basis, specific people among more than 2800 subscribers. When elephants are found in an area, a personalized elephant location alert message is sent to people living in the vicinity. Elephant presence is also communicated as a crawl on the local cable TV channel. Additionally, GSM-based elephant alert red indicator lights are mounted in over 25 prominent locations and remotely operated when elephants are within 1 km. These methods have been well received and implemented by the community and are proving to be effective. A prototype GSM-based voice system for public transport buses to inform passengers before they alight is also being tested.

A documentary by Evanescence Studios

The measures in place in the Valparai landscape have helped reduce the incidence of damages to buildings, bring down the number of human and elephant deaths in the landscape, and continue to facilitate movement of elephants. Our pioneering work on deployment of early warning systems has received support from the state Forest Department and local plantation companies, who have now extended and deployed such systems to benefit more areas and people. The Forest Department has also created a rapid response team to assist local people in time of need.

Collaborative research is adding more layers to our work on elephants in this landscape, even as we begin to extend our work elsewhere. This includes research into elephant behaviour and stress physiology, impacts of early warning systems, participation and attitudes of local community, extension into other Western Ghats landscapes such as in Satyamangalam and Nilgiris.

Broadly, our work reveals the crucial importance of understanding  aspects at the level of individual elephants. Our work suggests that there are no problem elephants, while there are problem locations. By assisting and empowering local communities to use science-based, innovative, and pro-active early warning systems and mitigation measures, we can build coexistence between people and elephants in the long run.

The Elephant in the Room: Methods, Challenges and Concerns in the Monitoring of Asian Elephant Populations 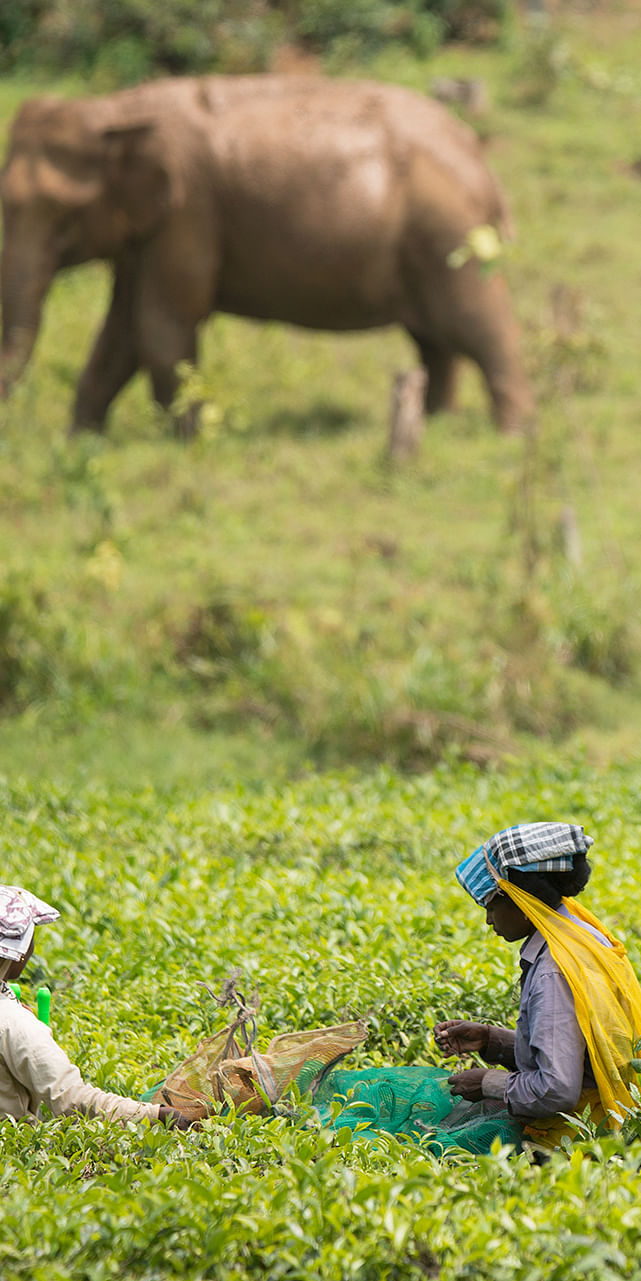 Whose habitat is it anyway? Role of natural and anthropogenic habitats in conservation of charismatic species 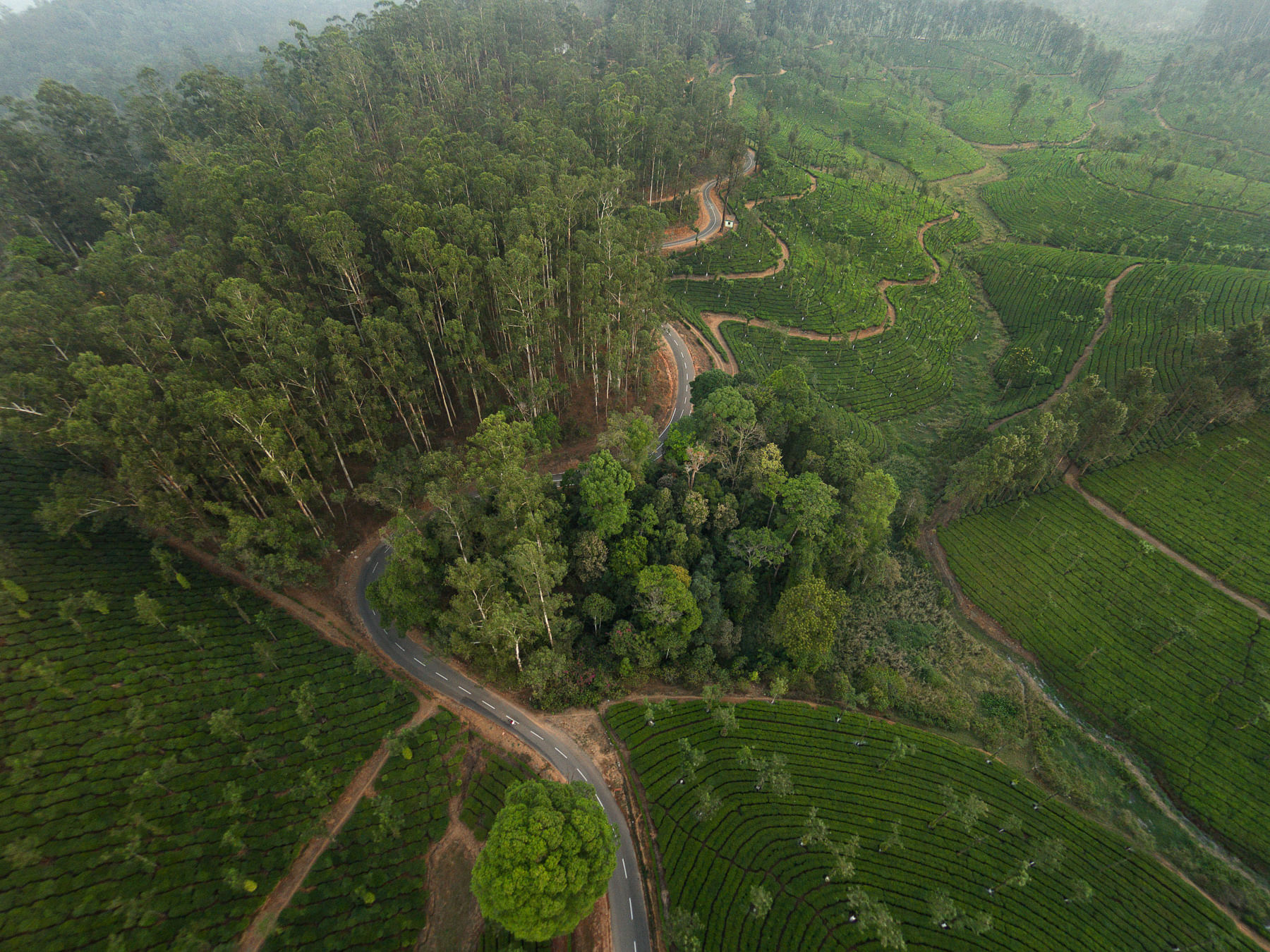 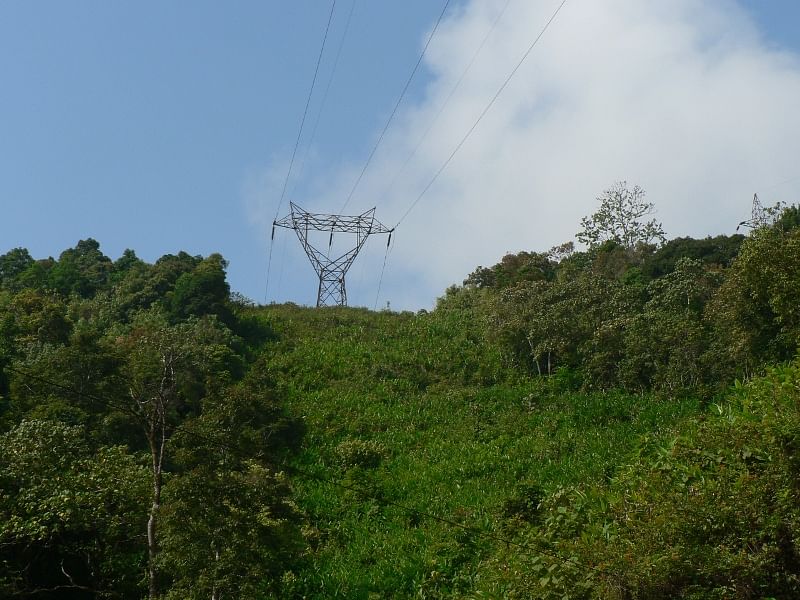 Current ecological concerns in the power sector: options to avoid or minimise impacts

How green is your tea?

An apology to the Iyerpadi gentleman

Asian elephant Elephas maximus habitat use and ranging in fragmented rainforest and plantations in the Anamalai hills, India

Behavior of Asian elephant (Elephas maximus) in a land-use mosaic: implications for human-elephant coexistence in the Anamalai hills, India

The elephant hills: conservation of wild Asian elephants in a landscape of fragmented rainforests and plantations in the Anamalais, India